Is Chronic Inflammation Making You Hot and Bothered? 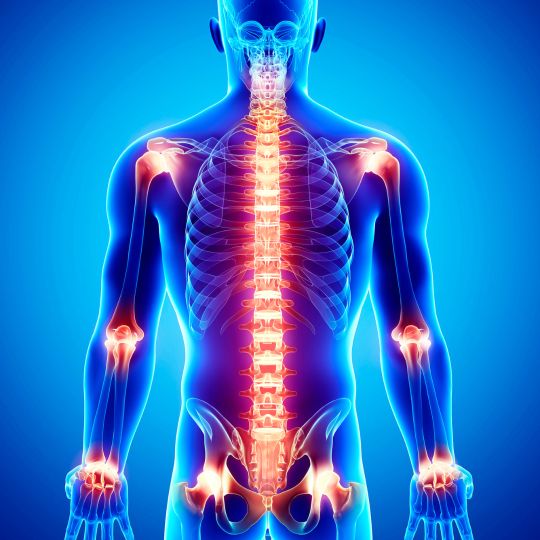 If you’ve ever stubbed your toe or suffered a minor paper cut, then you’re familiar with the effects of inflammation. The heat, redness, and swelling you experienced following that minor injury was the result of acute inflammation, which is part of your immune system’s natural response to trauma.

But there’s another kind of inflammation with which you may not be aware. Unlike acute inflammation, which usually involves pain and is short lived, chronic inflammation can be a “silent fire” and last for weeks or even years.

In fact, most people don’t even realize they’re “on fire” until they’re diagnosed with a serious disease. This may be why chronic inflammation has been identified as a factor in such diverse disorders as autoimmune diseases, such as inflammatory bowel disease and rheumatoid arthritis, Alzheimer’s disease, type II Diabetes and cardiovascular disease.

So, what is chronic inflammation? And more importantly, what can you do if you are suffering from it?

The Connection Between Inflammation and Your Immune System

Inflammation is an integral part of your body’s natural defenses. When threatened by harmful substances, such as a bacteria or viruses, your immune system sends wave after wave of white blood cells and chemicals to seek and destroy the offending organisms. This “inflammatory cascade” produces the heat, redness, and swelling which characterize acute inflammation. Once the offenders are destroyed the inflammatory cascade stops and healing begins.

Typical Western lifestyle. Diets rich in sugars, fats, and food additives, as well as a sedentary lifestyle, may promote the production of inflammatory chemicals.

The “Fire” in Your Belly

Most people aren’t aware of the major role our gastrointestinal (GI) tract plays in our immune health. Besides digestion, our GI tract is home to nearly seventy percent of our immune system. It is a major source of lymphocytes, a type of white blood cell that plays a large role in defending the body against disease, and mast cells, which release histamines and other chemicals as part of an allergic response.

As home base for the majority of your immune system, your GI tract plays a vital role in your inflammatory response. By paying attention to your gut, you can minimize the effects of inflammation naturally. The following natural approaches can help:

You can also minimize chronic inflammation by eating a healthier diet (including more vegetables and nutrient-dense superfoods) and getting regular, moderate exercise. Both will reduce the amount of fat in your body, which research suggests may incite the inflammatory response.

The Most Powerful Natural Antioxidant You May Never Have Heard Of

The most powerful natural antioxidant discovered to date is Hydroxytyrosol.

Hydroxytyrosol has an ORAC value (Oxygen Radical Absorbance Capacity – its ability to absorb cell damaging free radicals) of 68,576 – which is considered to be 15 times higher than green tea and 3 times greater than CoQ10. It is recognized by scientists, because of numerous, well documented studies, for its powerful anti-inflammatory and antioxidant effectiveness.

Hydroxytyrosol has the highest level of free radical absorption ever reported for a natural antioxidant. It has some very special characteristics that contribute to its effectiveness. It is:

* The only phenol (organic compound) that is able to cross the blood-brain barrier, which allows it to absorb free radicals throughout the central nervous system

* Both fat and water soluble, giving it the highest bioavailability of any antioxidant.

In numerous human, animal and in vitro (test tube) studies, Hydroxytyrosol has been shown to:

* Have a therapeutic effect on the heart and cardiovascular system.

Inflammation Relief is totally natural and derived from the juice of fresh organic olives (Olea europaea). Each capsule of Inflammation Relief delivers a high concentration of polyphenols (Hydroxytyrosol) and oleic acid and sets a new standard for a true bioavailable anti-inflammatory natural formula.

In addition, the olive polyphenols in Inflammation Relief deliver one of the highest levels of free radical scavenging activity against the damaging effects of free radicals on cells and body tissues. One capsule contains as much antioxidant polyphenols as 8 to 12 ounces of extra virgin olive oil but without the calories.

Inflammation Relief is a proprietary formula exclusive to Qgenics. At the core of this exclusive formulation is Cellinfusion™ Technology which provides 3.4 times greater absorption giving maximum bioavailability and potency of the olive phenol extract at the cellular level to achieve results.