How to Reduce Inflammation in the Body Naturally 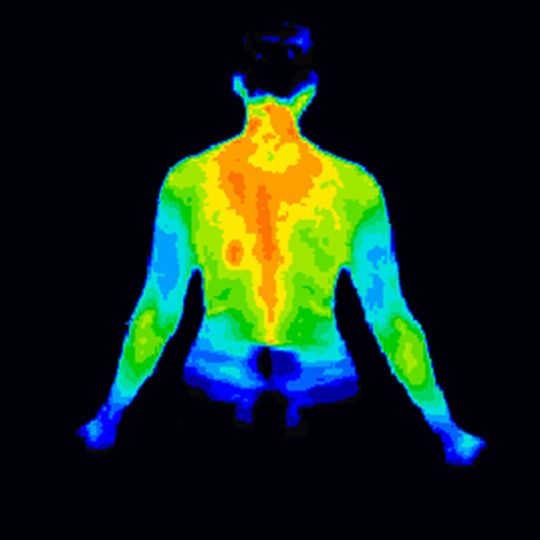 However, in some diseases, like arthritis, the body’s defense system – your immune system – triggers an inflammatory response when there are no foreign invaders to fight off. In these diseases, called autoimmune diseases, the body’s normally protective immune system causes damage to its own tissues. The body responds as if normal tissues are infected or somehow abnormal. The inflammatory response is ongoing, and you suffer from chronic inflammation.

What Inflammation Does to Your Body

Inflammation affects your body as part of an autoimmune disorder or cardiovascular disease.

Inflammation affects organs and tissues. The type of symptoms depend on which organs are affected. For example:

* Inflammation of the heart causes shortness of breath and/or fluid retention.

* Inflammation of the small tubes that transport air to the lungs causes shortness of breath and fatigue.

* Inflammation of tissues can result in obesity.

* Inflammation in the gut can cause disruption in the maintenance of proper microbiota (small organisms) in the gut and this can lead to a myriad of health problems.

* Inflammation of the skin can result in dermatitis, eczema, psoriasis and acne.

Metabolic Syndrome is an Inflammatory Disorder

Up to 30% of all Americans, and around 44% of American over 50 years of age, have Metabolic Syndrome, a metabolic disorder.

Metabolic disorders occur when the metabolism process fails and causes the body to have either too much or too little of the essential substances needed to stay healthy. Our bodies are very sensitive to errors in metabolism.

It is now understood that there are direct links between chronic inflammation and obesity and metabolic diseases.

* Swollen joint that is sometimes warm to the touch

What Can You do to Reduce Inflammation?

There are certain foods that generate inflammation in the body. Some may surprise you. If you are trying to reduce inflammation it’s best to avoid gluten, dairy, corn, eggs, soy, nuts, plants in the Nightshade family (eggplants, potatoes, bell peppers, tomatoes) and citrus fruits.

Getting a good night’s sleep, doing regular exercise, taking a break from alcohol, reducing the stress in your life and eating foods that can dampen inflammation, such as leafy green vegetables, can help reduce inflammation.

There are numerous natural substances that are known to help support the body because they have antioxidant potential to fight free radicals and combat inflammation. Turmeric, green tea extract, ginger, spirulina, and fish oil, are just a few of these substances.

The Most Powerful Natural Antioxidant You May Never Have Heard Of

The most powerful natural antioxidant discovered to date is Hydroxytyrosol.

Hydroxytyrosol has an ORAC value (Oxygen Radical Absorbance Capacity – its ability to absorb cell damaging free radicals) of 68,576 – which is considered to be 15 times higher than green tea and 3 times greater than CoQ10. It is recognized by scientists, because of numerous, well documented studies, for its powerful anti-inflammatory and antioxidant effectiveness.

Hydroxytyrosol has the highest level of free radical absorption ever reported for a natural antioxidant.

It has some very special characteristics that contribute to its effectiveness. It is:

* The only phenol (organic compound) that is able to cross the blood-brain barrier, which allows it to absorb free radicals throughout the central nervous system

* Both fat and water soluble, giving it the highest bioavailability of any antioxidant.

In numerous human, animal and in vitro (test tube) studies, Hydroxytyrosol has been shown to:

* Have a therapeutic effect on the heart and cardiovascular system.

Inflammation Relief is totally natural and derived from the juice of fresh organic olives (Olea europaea). Each capsule of Inflammation Relief delivers a high concentration of polyphenols (Hydroxytyrosol) and oleic acid and sets a new standard for a true bioavailable anti-inflammatory natural formula.

In addition, the olive polyphenols in Inflammation Relief deliver one of the highest levels of free radical scavenging activity against the damaging effects of free radicals on cells and body tissues. One capsule contains as much antioxidant polyphenols as 8 to 12 ounces of extra virgin olive oil but without the calories.

Inflammation Relief is a proprietary formula exclusive to Qgenics. At the core of this exclusive formulation is Cellinfusion™ Technology which provides 3.4 times greater absorption giving maximum bioavailability and potency of the olive phenol extract at the cellular level to achieve results.