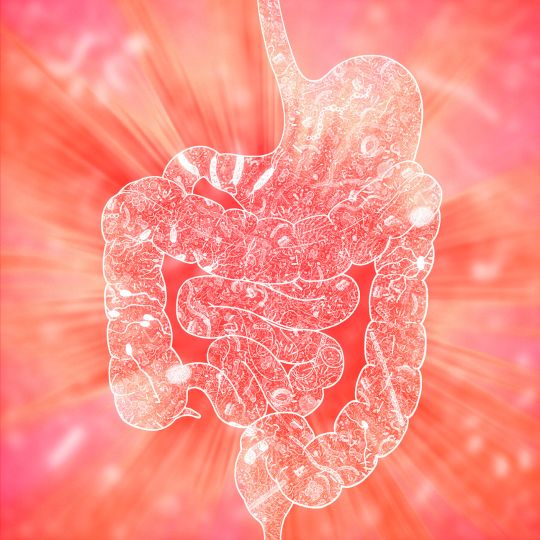 Scientists are only just now discovering the enormous impact of our gut health.

“The gut microbiome is the most important scientific discovery for human healthcare in recent decades,” says James Kinross, a microbiome scientist and surgeon at Imperial College London. “We discovered it – or rediscovered it – in the age of genetic sequencing less than 15 years ago. The only organ that is bigger is the liver.”

The ‘gut microbiome’ is made up of the trillions of microorganisms and their genetic material that live in the intestinal tract. These microorganisms, mainly comprising bacteria, are involved in functions critical to health and wellbeing. These bacteria live in the digestive system, and they play a key role in digesting food and helping to absorb and synthesize nutrients. These microorganisms are involved in many other important processes that extend beyond the gut, including metabolism, body weight, immune system regulation, as well as brain function and mood.

Your gut microbiome weighs about 2kg and is bigger than the average human brain.

Studies suggest having a diverse population of gut microbes is directly associated with better health.

Professor Jack Gilbert, an award-winning microbiome scientist at the University of California San Diego and author, has stated,

“Over the last 80 years and since the dawn of antibiotics, there has been a multi-generational loss of microbes that appear to be important for human health. They are passed from mother to child (during birth, via breast milk and skin contact throughout the generations, but at some point, in the last three or four generations, we lost some. We’re not entirely sure if the cause was our lifestyle, our diet, cleanliness in our homes or the use of antibiotics. We’re missing certain immune stimulants that people in the developing world have plenty of.”

Several recent studies found that children with cognitive, social communication and behavioral issues harbor an altered bacterial gut microbiota. These children have a lower abundance of specific beneficial bacteria and a higher abundance of less beneficial bacteria. There were important differences between the microbiota of children with these issues and typically developing children.

Studies in mice have indicated that the gut microbiota appears to influence the development of emotional behaviors and brain neurotransmitter systems, further suggesting the existence of a microbiota gut-brain axis.

The gut-brain axis describes the nervous system and the gastrointestinal tract communicating through a bidirectional network of signaling pathways. We know that the gut has its own nervous system, the enteric nervous system, and contains 100 million neurons.

The gut microbiota is a critical component of the gut-brain axis, highlighting its potential impact on behavior and mood at the level of the central nervous system.

A new 2021 study was published in mSystems, an open access journal of the American Society for Microbiology. “Longitudinally, we were able to see that within an individual, changes in the microbiome were associated with changes in behavior,” said principal study investigator Catherine Lozupone, PhD, a microbiologist at the University of Colorado.

“The short chain fatty acids produced from microbial fermentation in the gut are quite similar to some mood stabilizing prescription drugs. Some of the association that we see between healthier diets and better brain health could be because your microbes are producing psychoactive substances from your diet to help stabilize your mood.” Kimberly Wilson, chartered psychologist and author.

This is an exciting field of research with the potential to provide more valuable data for optimal health.

It is now more evident than ever that we should be consuming foods and drinks that support a healthy gut microbiome.

Gut bacteria and microbes like a diet of fatty acids and polyphenols. These are found in olive oil. Studies have shown that olive oil helps reduce gut inflammation, too.