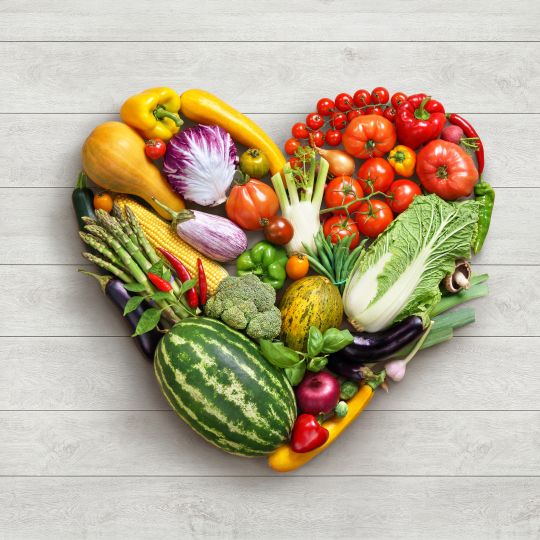 Heart disease remains the leading cause of death in the United States for men and women. If you’ve been diagnosed with heart disease, there is a bewildering amount of information to try and understand so you can manage this condition and maintain your quality of life and ensure your longevity.

A factor that many people research is how diet can impact their heart health.

Dr. Caldwell B. Esselstyn, Jr., a former internationally known surgeon, researcher and clinician at the Cleveland Clinic, believes that heart disease can be reversed, and even prevented. Dr. Esselstyn argues that conventional cardiology has failed patients by developing treatments that focus only on the symptoms of heart disease, not the cause.

Based on the groundbreaking results of his 20-year nutritional study—the longest study of its kind ever conducted he explains with scientific evidence, how he believes the heart disease epidemic can be ended in this country by changing what we eat.

Dr. Esselstyn advocates for a plant-based, oil-free diet that he suggests cannot only prevent and stop the progression of heart disease, but also reverse its effects.

Dr. Esselstyn shares about a fascinating health event that occurred during World War II. He explains: “World War II provided a graphic example of how the ravages of these diseases could be totally halted.

“Norway was one of several western European nations occupied by Nazi Germany during the conflict between 1939 through 1945. The Germans removed all animal livestock from these occupied countries. The native population subsisted on whole grains, legumes, vegetables and fruit. Almost immediately, death from heart attacks and strokes in Norway plummeted.

“With the cessation of hostilities in 1945 animal products became available as well as an immediate return to the pre-war levels of deaths from these illnesses. It is a powerful lesson in public health about the cause and cure of our most common killer – heart disease.”

These results were published in The Lancet, one of the world’s leading medical journals. You can view the graph “Mortality from Circulatory Diseases in Norway in 1927-1948” here.

The reduction in deaths from heart disease during World War II was also reported in “Circulation – Journal of the American Heart Association” here.

Dr. Esselstyn also provides this data, “Battle casualties from the Korean and Vietnam conflicts yielded an 80% incidence of coronary heart disease at autopsy despite an average age of 20 years.

“Hardly a family in this country does not have an immediate or distant relative or friend who has experienced heart disease. A study of civilian casualties between the ages of 16 and 34 who die from accidents, homicides and suicides reveal coronary heart disease in every person.

“Dr. Lewis Kuller, a professor of public health from the University of Pittsburg from his 10 years cardiovascular health study made the following statement in April 2006: “All males who are 65 years of age and older who have been exposed to the traditional western diet have cardiovascular disease and should be treated as such.”

So, it can be concluded that diet has an impact on heart health.

A reduction in animal protein and increase in the consumption of whole grains, legumes, vegetables and fruit may have the potential to improve the health of the heart and blood vessels. One of the benefits of this type of diet modification is the increase in nitric oxide in the body.

Nitric oxide is produced by nearly every type of cell in the human body and is one of the most important molecules for blood vessel health. It’s a vasodilator, meaning it relaxes the inner muscles of your blood vessels, causing the vessels to widen. In this way, nitric oxide may increase blood flow and lower blood pressure.

Another way to support this dietary modification and increase in nitric oxide is to take a plant-based dietary supplement formulated to provide the body with ingredients shown to improve cardiovascular health, including supporting normal cholesterol and blood pressure levels.

Unlike other products available in the market, Cardio Advance contains natural Cellinfusion Technology (Cetylated Fatty Acids) which promotes 3.4 times better absorption of the ingredients at the cellular level to improve results and give you more value for your money.

Click here for more information about about Cardio Advance.