Evolution of the Human Diet 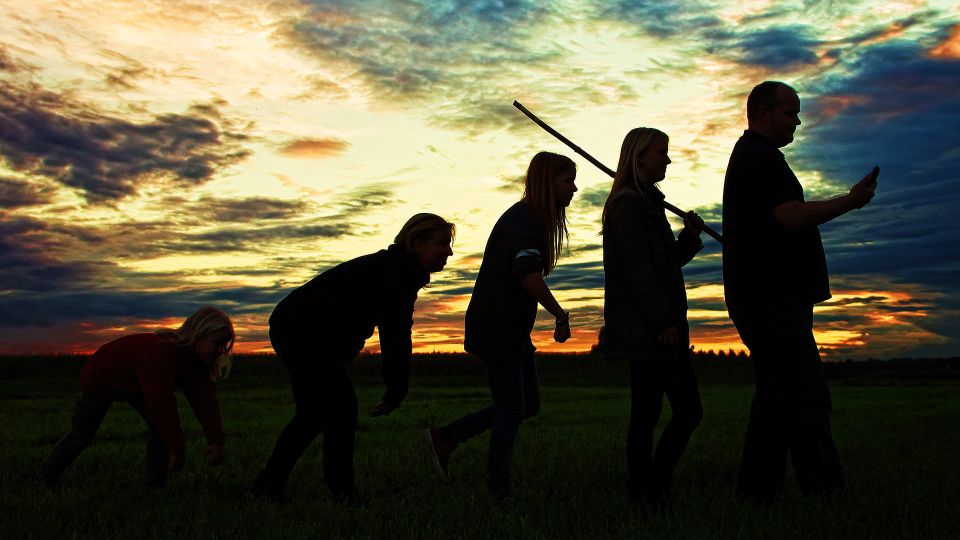 Some experts say that modern humans should eat from a Stone Age menu.

Until agriculture was developed around 10,000 years ago, all humans obtained their food by hunting, fishing and gathering. As farming emerged, nomadic hunter-gatherers gradually were pushed off prime farmland, and eventually they became limited to the forests of the Amazon, the arid grasslands of Africa, the remote islands of Southeast Asia, and the tundra of the Arctic. Today only a few scattered tribes of hunter-gatherers remain on earth.

According to National Geographic, studies of hunter-gatherers have found that these people traditionally didn’t develop high blood pressure, atherosclerosis, diabetes, or cardiovascular disease. “A lot of people believe there is a discordance between what we eat today and what our ancestors evolved to eat,” says paleoanthropologist Peter Ungar of the University of Arkansas. The notion that we’re trapped in Stone Age bodies in a fast food world is driving the current craze for Paleolithic diets.

The popularity of Stone Age diets, such as the Paleo diet, is based on the idea that modern humans evolved to eat the way our hunter-gatherer ancestors did during the Paleolithic – the period from about 2.6 million years ago to the start of the agricultural revolution – and that OUR GENES HAVE NOT HAD ENOUGH TIME TO ADAPT TO FARMED OR PROCESSED FOODS.

This is why scientists are intensifying efforts to learn what they can about the diets and way of life in ancient times.

Over the last ten years, anthropologists have struggled to answer key questions about the transition from hunter-gatherer to agriculture foods. Was agriculture a clear step forward for human health? Or, in leaving behind our hunter-gatherer ways to grow crops and raise livestock, did we give up a healthier diet and stronger bodies in exchange for food security.

Studies have shown that humans get into health trouble when they abandon their traditional diets.

The advocates of the modern Paleolithic diet urge us to stay away from unhealthy processed foods, but the diet doesn’t replicate the diversity of foods that our ancestors ate, or take into account the active lifestyles that protected them from heart disease and diabetes.

There is no one ideal human diet. The real hallmark of being human is our ability to combine many different foods to create a healthy diet. Unfortunately, the modern Western diet is not one of them.

We have gotten so good at processing foods that for the first time in human evolution, many humans are getting more calories than they burn in a day.

Harvard primatologist, Richard Wrangham, writes “Rough breads have given way to Twinkies, apples to apple juice. We need to become more aware of the calorie raising consequences of a highly processed diet.”

It’s this shift to processed foods, taking place all over the world, that’s contributing to a rising epidemic of obesity, diabetes, autism and related diseases.

Most of us, whose ancestors were adapted to a plant-based diet, need to focus our food sources on genetically compatible, nutrient dense, natural whole functional foods.

Qgenics has developed natural plant-based formulas that are based on what our genes became programmed to respond to – nutrient dense, genetically compatible ingredients. They make it easy to get, on a daily basis, the variety of nutrients needed for optimal health.